The ACA is under immediate threat in the next Congress. Over 30 million individuals risk losing coverage if the ACA is repealed. This.... Read More

What Did the Diverse Elders Coalition Achieve in 2016?

In case you missed the December edition of our Common Threads newsletter, here are some highlights from the Diverse Elders Coalition in 2016! Subscribe to our newsletter here, and read on to learn more about what we achieved for diverse older adults this year:

It has been a year of ups and downs for our communities and the policies that impact aging within those communities. This edition of our Common Threads newsletter takes a look back at the work the Diverse Elders Coalition did in 2016 and renews our commitment to supporting diverse elders in 2017 and beyond. Read on for more! 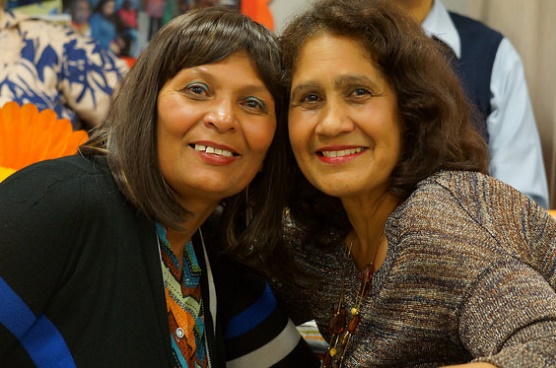 FRESNO, Calif. — They came to America in the 1970s and 1980s as child refugees, members of the Hmong minority in Laos fleeing that country’s new communist government and persecution for helping the CIA in its covert war in Southeast Asia.

America held the promise of safety and a piece of the American dream.

Many of them chased that dream in California’s Central Valley, slowly, sometimes painfully, building lives in a new country where their language and culture were virtually unknown. Largely from poor rural farming families, they often struggled to adjust to a dramatically different society, with few relevant skills and limited support.

Earlier this week, I attended a virtual town hall hosted by ColorOfChange.org, which brought together hundreds of people from around the world to learn and share the many ways in which communities of color will be pushing back against unfavorable changes in the political and social climate of this country. I was really inspired by the collective power of so many activists, advocates, allies, and community members getting together – without having to leave their houses! – to strategize and support one another. I also noticed that during the town hall, as participants were typing and chatting with each other, that a number of people identified themselves as Baby Boomers or Elders who wanted to get more.... Read More

At SAGE we see the results of this week’s election through our commitment to building an equitable world where all LGBT elders are valued and have boundless opportunities. SAGE’s commitment is shaped by our core values, which include diversity, respect and compassion.

With a corrosive election season behind us, we now must put aside divisive rhetoric and exclusionary proposals that fly in the face of our values in favor of a national governing agenda that addresses the pain and inequities that so many Americans face. One that honors.... Read More

SEARAC Election Response: We Love, We Heal, We Organize

Today as we let the election results sink in, it may feel like hatred and oppression won. We have all witnessed the next President of the United States stoke fear about immigrants and Muslims, disrespect women and people with disabilities, and make explicitly racist statements. Those engaged in the fight for true equity, justice, and empowerment of immigrants, refugees, and communities of color are feeling a great deal of grief — feeling that our nation’s vote was a personal attack on who we are, the values we stand for, and why we are here in America.

What do we do now?

We hold each other closer, and we love our.... Read More

It’s that time of year: Affordable Care Act Open Enrollment on Healthcare.gov. From now until January 31, 2017, Americans can elect to purchase healthcare coverage for 2017. And while there has been a lot of discussion about the cost of Obamacare for consumers, more than 70% of consumers will be able to find an insurance plan on the Marketplace that will cost them less than $75/month.

Services and Advocacy for GLBT Elders (SAGE) has published a new infographic outlining its involvement in the #TellACL comment period.

In 2016, SAGE delivered more than 2,800 comments to the Federal Administration for Community Living (ACL) regarding a plan that would guide state aging offices in allocating resources for diverse elders as they age – including, for the very first time, LGBT older people. The comments from SAGE’s members and allies were collected as part of a collaborative effort led by the Diverse Elders Coalition. Automatic Injustice: A Report on Prosecutorial Discretion in the Southeast Asian American Community

On Wednesday, October 26, I attended a webinar for the launch of the Southeast Asia Resource Action Center (SEARAC)’s new report, “Automatic Injustice: A Report on Prosecutorial Discretion in the Southeast Asian American Community.” The Southeast Asian American (SEAA) community has been heavily impacted by automatic, mandatory criminal deportation policies. This community faces unique struggles as refugees, which have made them vulnerable to high levels of criminalization over the last four decades. SEAA families are routinely torn apart by these policies, with individuals being deported to countries they once fled – or countries in which they have never actually set foot. When our families are dismantled, it means less support, fewer caregiving options, trauma, illness, stress,.... Read More

Medicare Open Enrollment: Are You Ready to Pick A Plan?

Picking a plan is an important and personal decision. Each person has a unique set of priorities. When you sit down to review your Medicare health and drug plan choices this year, keep track of the things you may want in a plan, and pick one that’s right for you.

Here are some things to keep in mind while you consider your choices:

Does the plan cover the services you need?

Future health care needs can be hard to predict, but changes happen. Make sure you understand what services and benefits you’re.... Read More